You have permission to edit this article.
Edit
About
videos
Ambassadors
Editorial
Community
Topics
Events
Nominations & Lists
Careers
Share This
1 of 2 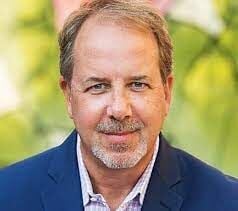 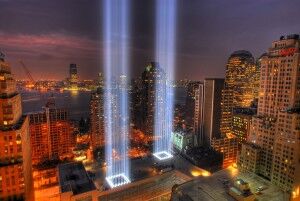 (USA and Canada) This year as we recall the 20th anniversary of the tragedy of 9/11, we also recall the awesome heroism of the “first responders.” But many are unaware that there were some “worst responders” as well. My realization of what transpired in the days and years as a result of 9/11, catalyzed my research into the notion of information as an economic asset, or infonomics. Allow me to explain….

In addition to the tragic loss of life and property on 9/11, there was another type of loss seldom discussed: corporate information assets.

2001 was prior to off-site backups or cloud-based data storage having become mainstream. In the weeks and months following 9/11, we heard from clients with businesses in the Twin Towers who had lost their data and were struggling to recreate it to somehow remain solvent. And just as any organization suffering a loss of property, some of these companies had filed claims with their insurers for the value of the information assets they lost. Although commercial general liability (CGL) policies at the time were not explicit, insurers roundly denied these claims, arguing that information was not considered property.

The insurance industry realized it was exposed to claims for the loss or damage of information, and potential legal action after such claims were denied. So adding insult to injury, the U.S. insurance industry standards body, the Insurance Service Office, updated the CGL policy template (used my all major insurers) to explicitly exclude information assets from property coverage by inserting the ominous language: “electronic data is not tangible property.” When did the insurance industry do this? October of 2001, barely a month after 9/11.

Not to be outdone, in 2004 the accounting profession followed suit a few years later with the first update to a key financial standard International Insurance Standard (IAS) 38 in six years, stating explicitly that certain intangibles including customer lists and the like (generally interpreted by accountants as “any electronic data”) cannot be capitalized. In short, information assets cannot be included on auditable financial statements. Even if your company wants to demonstrate its wealth of data by reporting it on its balance sheet, Generally Accepted Account Principles (GAAP) and key regulations prohibit public companies from doing so. Reasoning goes: if insurers won’t insure it, we’re not going to count it.

The Legal System: Courting Confusion About Information as Property

This leaves the courts thoroughly confused on the matter. To date, there have been dozens of judicial opinions both for and against property rights of information. Juxtaposed, they paint a bleak picture of information related property law, and serve as a warning to any organization that thinks or behaves as if its information is really an asset on legal par with any of their other true assets. Some courts have ruled that the loss of computer data was “physical damage” or “capable of sustaining a physical loss” due to “the change in the alignment of the magnetic particles on the hard disk,” while other courts have ruled that the loss of a database was a “direct physical loss,” that the loss of information was a “commercial loss [of ] inadequate value,” and that loss of data alone was not “physical damage to tangible property.” In one case, a court dismissed a case likening electronic data to other forms of recognized intangible property, and was overruled by an appellate court that merely acknowledged “a document stored on a computer drive has the same value as a paper document kept in a file cabinet.”

Even some courts don’t agree with themselves. In a recent case, the England and Wales Court of Appeal ruled:

“Whilst the physical medium and the rights are treated as property, the information itself has never been,” and that rendering a database as physical property would upend property rights law, resulting in “unanticipated consequences in other contexts.”

However, not every justice agreed. One wrote in dissent:

“[T]he courts should not leave the common law possessory lien stuck in its eighteenth and nineteenth century origins and development; rather the courts should go on to give it a twenty-first century application, appropriate to modern times and modern commercial activities. That appeal to modernism has its attractions.”

Despite new accounting regulations, some accountants have acknowledged the issues with a failure to recognize information and other intangibles as assets. July 19, 2000 was the last time the U.S. Senate even considered the matter. In the Hearing on Adapting a 1930’s Financial Reporting Model to the 21st Century, senior accounting firm partners and other experts lambasted the accounting profession for its abject failure to keep up with changes in the global economy. On Arthur Andersen partner ironically lamented that today’s accounting system fail to “capture significant sources of value in our economy,” leading to undue market volatility and an inability to determine the actual worth of a company, and that “The measurements we use don’t reflect all the ways that companies create or destroy value in the New Economy.” What happened following this hearing? You guessed it: absolutely nothing.

So here we are in the midst of the Information Economy, and the eponymous major source of value in that economy is considered valueless by the custodians of what constitutes value! As we take a moment this September to again mourn and remember those lost, and to revere the 9/11 first responders, there’s reason to consider that there were some worst responders as well.