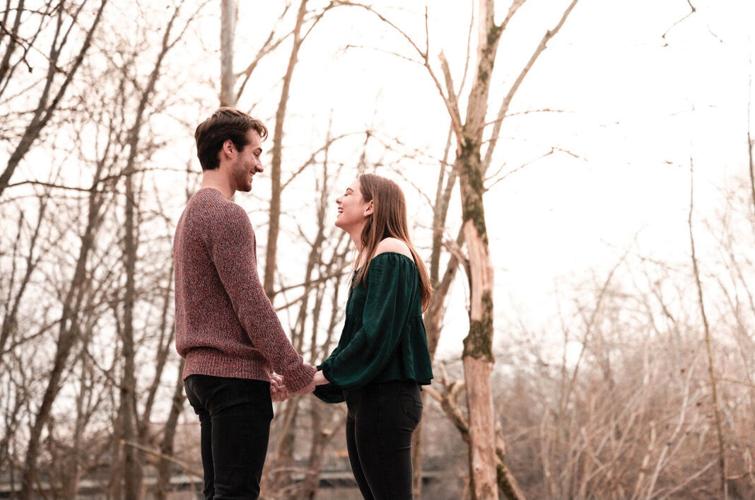 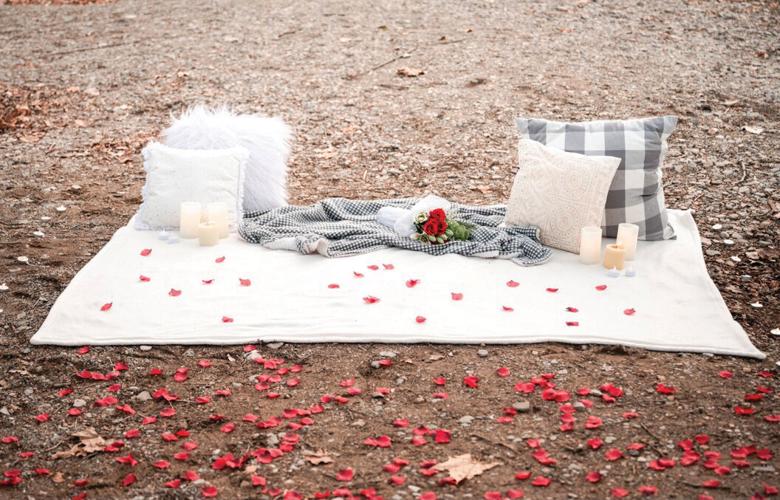 The old saying may go that a girl has to kiss a lot of frogs before she finds her Prince Charming, but in the case of Sydni Schramm, it was dissecting a frog that led her to love.

Schramm and Liam Sheehy first met in biology class during their freshman year of high school at Cincinnati Hills Christian Academy. Because their names were close together in the alphabet, they sat near each other in a lot of classes. Sparks didn’t fly immediately. In June before their junior year, however, they felt a shift.

“I thought that she was gorgeous, also extremely intelligent and compassionate,” says Sheehy. “I had so much fun talking to her.”

“He was smart and caring and always put in the effort to get to know me by asking me deep questions,” she says. “Plus, he was joyful and adventurous, so life with him was never boring.”

The pair went hiking by the creeks near Schramm’s house and tubing and kayaking down the Miami River. They also went for runs together and hung out at the park playing basketball. They went on a mission trip to Cancun and took another trip to Iceland where they put their hiking skills to use.

“We were the two who were out in front trying to go off trail to see what we could find,” recalls Schramm.

After four and a half years of dating, Sheehy popped the question December 18, 2020.

He had planned to do it 10 days prior at Nippert Stadium at the University of Cincinnati where the two of them are students, but when Schramm’s roommate tested positive for COVID-19, Schramm had to quarantine.

“Liam wanted my family to be there, which, of course, I didn’t know. I just thought it was odd how disappointed everyone was to hear about my roommate’s COVID test because she was feeling fine,” says Schramm. Sheehy made a new plan, which involved going to Nisbet Park — the same spot in which Sheehy had asked Schramm to become his girlfriend years earlier.

Friends decorated a pathway to the river using rose petals and candles, then set up a white blanket and soft throw pillows to create a romantic setting.

“We walked the trail to the lake and before he proposed, he gave this really long speech about our whole relationship,” says Schramm. “I was so stressed out and excited that I kept thinking, ‘Come on! Just do it!’”

Sheehy, currently studying business analytics and economics, and Schramm, majoring in occupational therapy, plan to wed May 29, 2022. “We realized that venues were getting booked up two years in advance because COVID-19 had caused people to push back their wed- ding by two years,” says Schramm. After touring several venues, they decided on Stone Valley Meadows, which they liked because they are allowed to select their own vendors, including caterer, bartender and DJ.

At this point, it’s too soon to say how large the guest list will be. “If things are going well with the pandemic, we’d love all of our friends and family to be there, but I’ll also be perfectly content if it’s small,” says Schramm.

The only other plan they currently have is to take part in a tradition from Sheehy’s side of the family in which they throw a party the night before the wedding in place of a traditional rehearsal dinner. They invite the same guests who are coming to the wedding so introductions can be made the night prior.

“This way, you don’t spend your wedding day meeting extended family, of which we have a lot,” says Schramm, noting that they have al- ready booked a rooftop shindig at Liberty Center in Liberty Township. Though the couple says some people are surprised to see them get engaged so young (they are both 20), they feel like “when you know, you know.”

“My parents were high school sweethearts, too!” says Schramm.