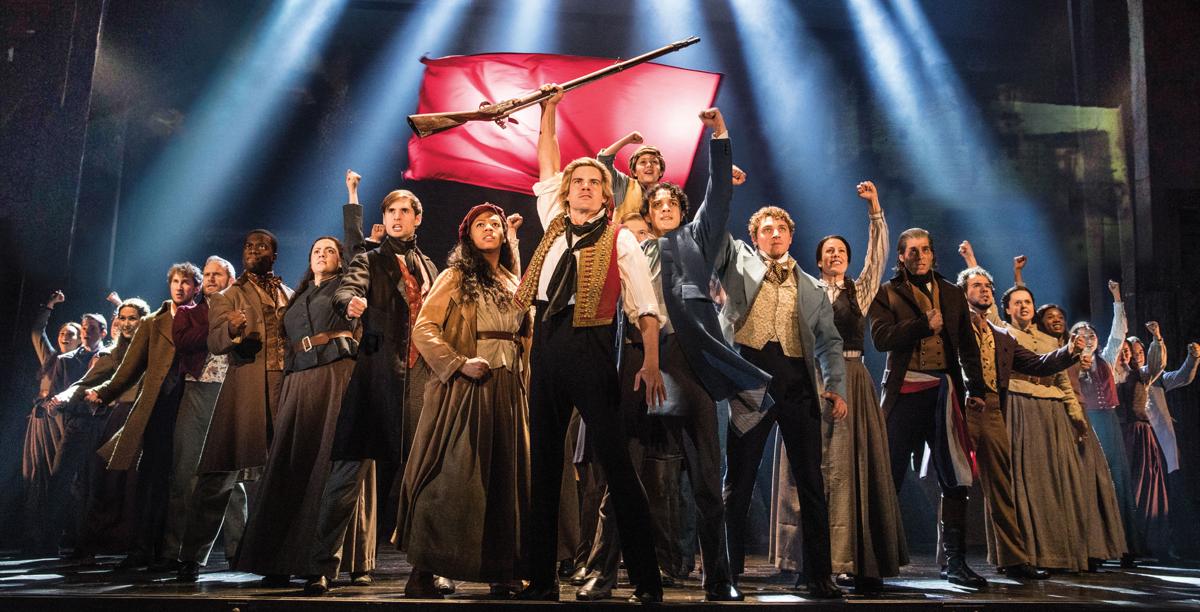 The company of LES MISÉRABLES performs “One Day More.” 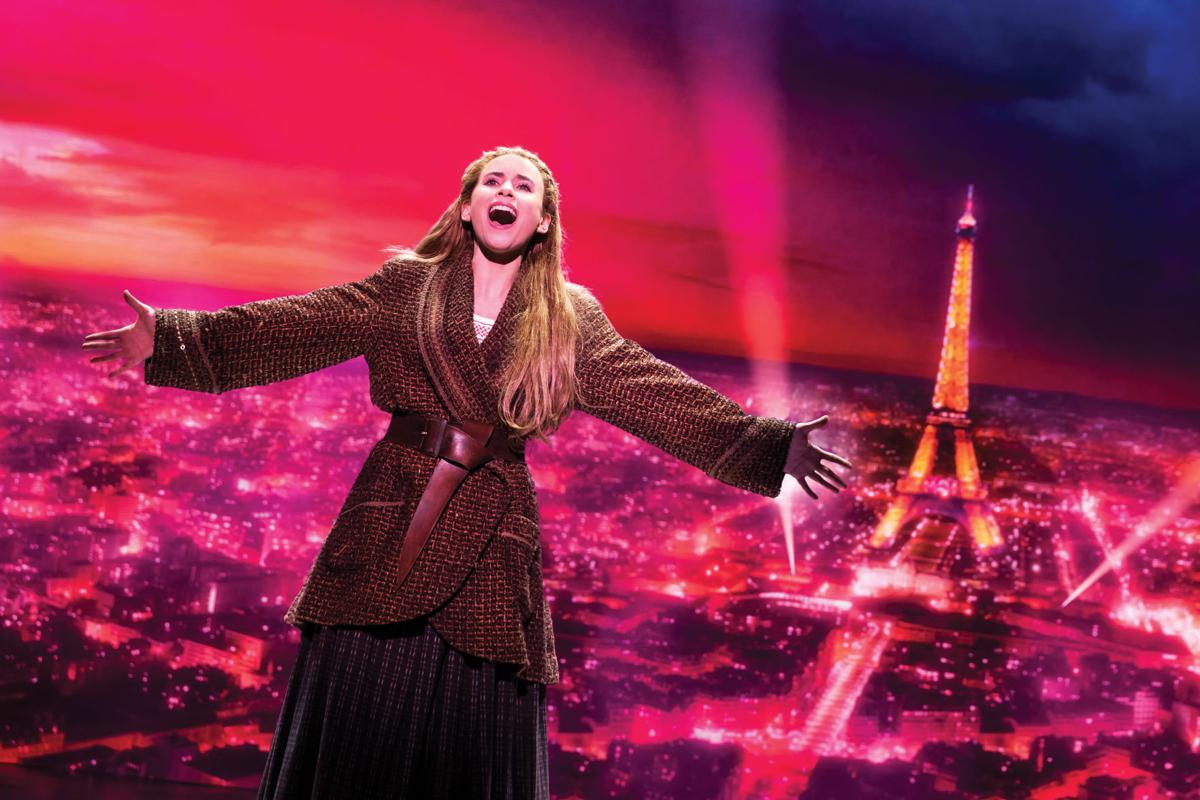 Lila Coogan (Anya) in the National Tour of ANASTASIA. 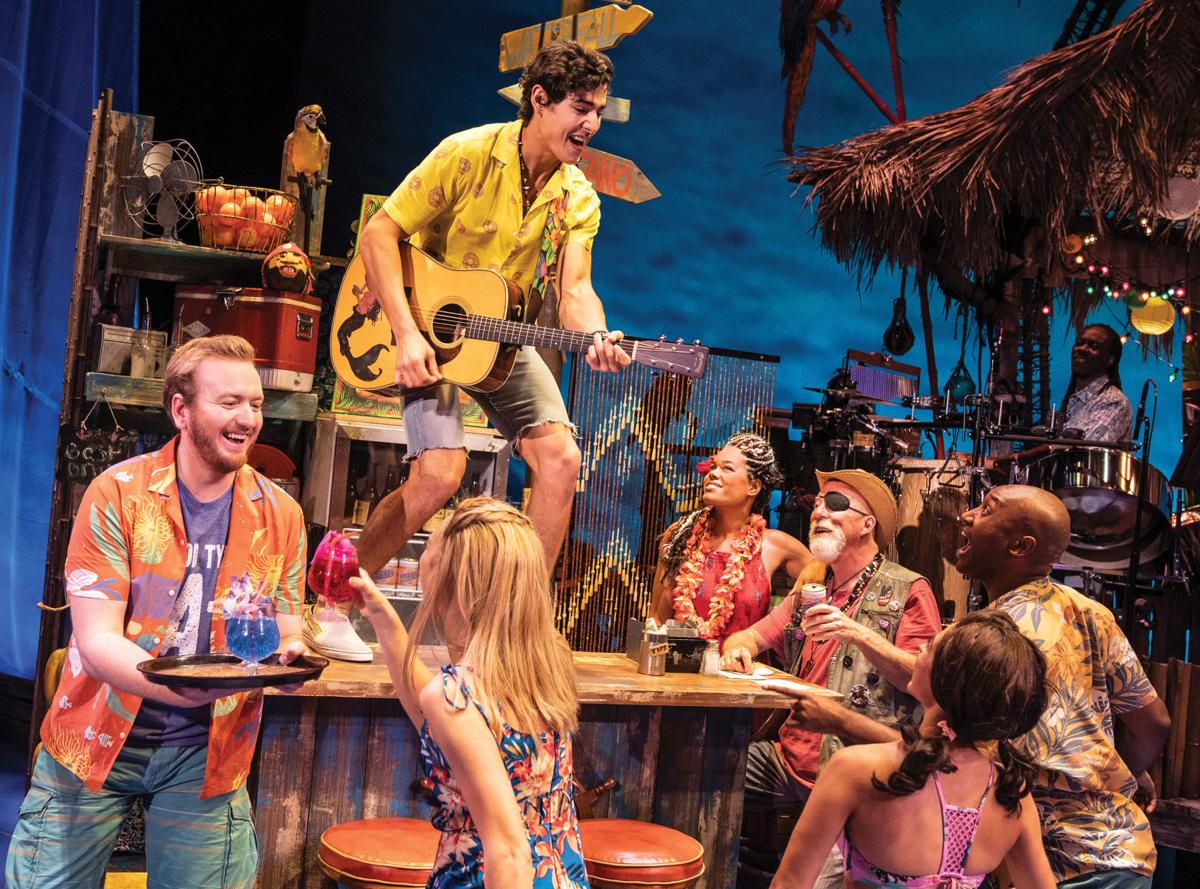 Company of the National Tour, Jimmy Buffett’s ESCAPE TO MARGARITAVILLE. 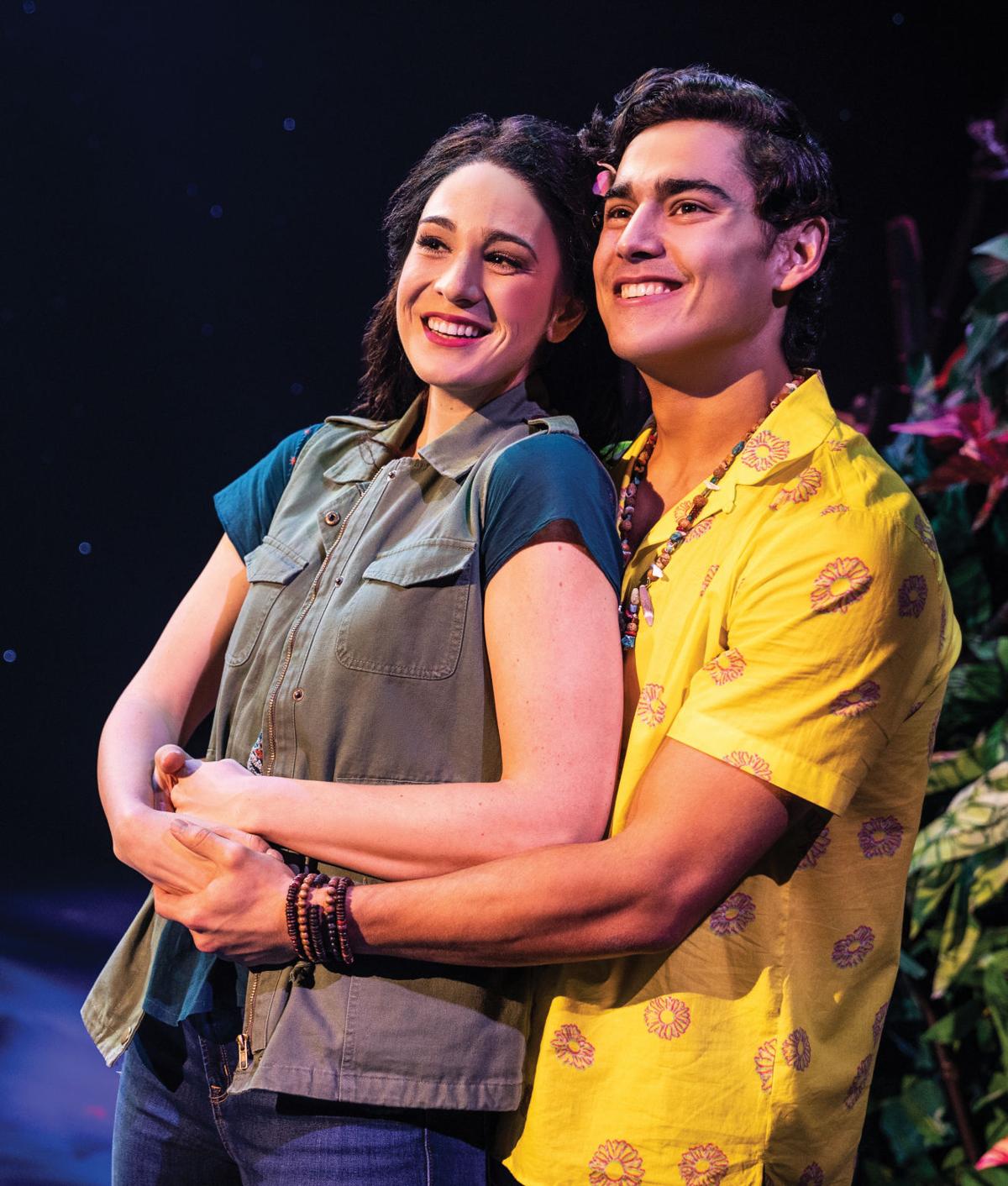 Sarah Hinrichsen as Rachel and Chris Clark as Tully in Jimmy Buffett’s ESCAPE TO MARGARITAVILLE. 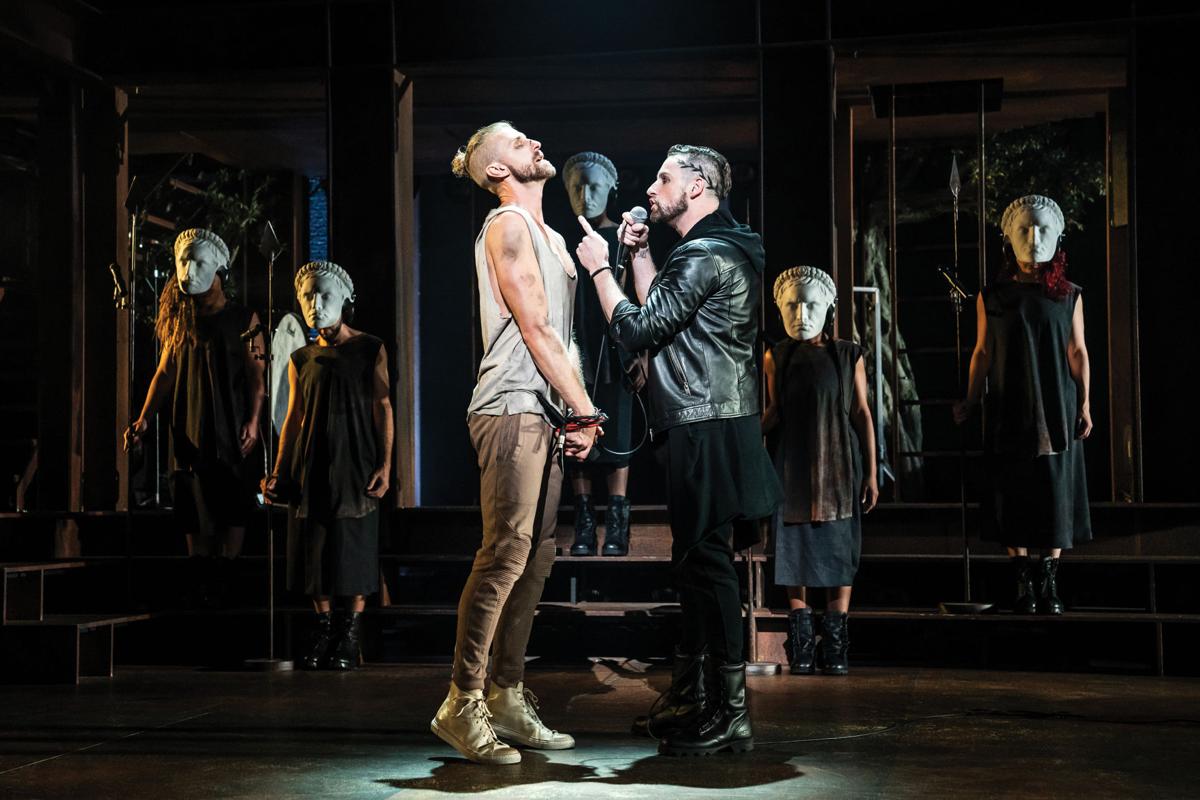 Aaron LaVigne, Tommy Sherlock and the company of the North American Tour of JESUS CHRIST SUPERSTAR. 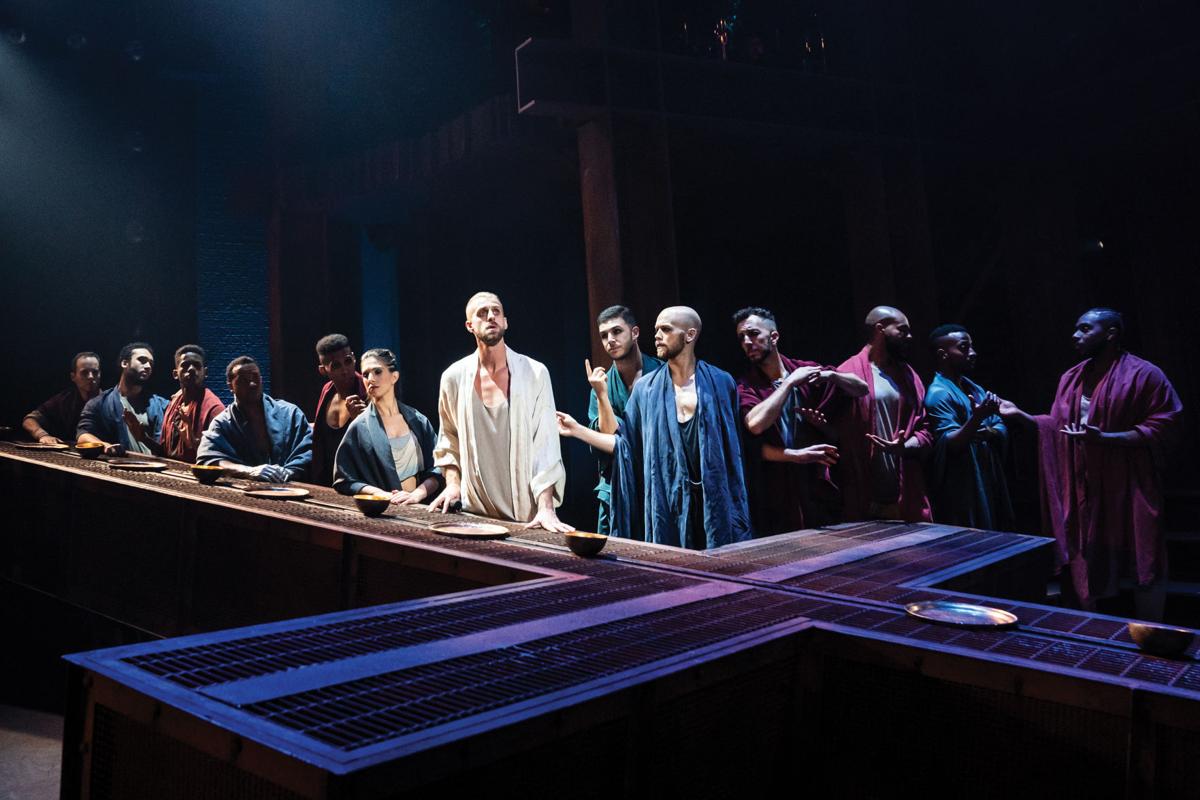 The company of the North American Tour of JESUS CHRIST SUPERSTAR.

The company of LES MISÉRABLES performs “One Day More.”

Lila Coogan (Anya) in the National Tour of ANASTASIA.

Company of the National Tour, Jimmy Buffett’s ESCAPE TO MARGARITAVILLE.

Sarah Hinrichsen as Rachel and Chris Clark as Tully in Jimmy Buffett’s ESCAPE TO MARGARITAVILLE.

Aaron LaVigne, Tommy Sherlock and the company of the North American Tour of JESUS CHRIST SUPERSTAR.

The company of the North American Tour of JESUS CHRIST SUPERSTAR.

Cincinnati theatre-goers are sure to be delighted this upcoming season. Four phenomenal new productions are set for 2020, including “Anastasia,” “Les Misérables,” “Jesus Christ Superstar” and “Escape to Margaritaville.”

“Our lineup for the spring of 2020 promises two beloved favorites, a soaring new classic, and a delightful comedy tailor-made for Cincinnati audiences,” says Genevieve Holt, General Manager Midwest for Broadway Across America.

The critically acclaimed award-winning “Les Misérables” is a captivating tale of heartache, passion, sacrifice and ultimately redemption. The inspirational tale is a timeless reminder of the strength of the human spirit. The award-winning score includes “I Dreamed a Dream,” “On My Own,” “Stars,” “Bring Him Home,” “Do You Hear the People Sing?,” “One Day More,” “Empty Chairs at Empty Tables,” “Master of the House” and many more.

The production has been called a visually stunning masterpiece thanks to costume, set design and lighting that work together to create gorgeous imagery. Directors Laurence Connor and James Powell utilize color and light to convey the deep despair and the soaring hope that co-exist in this magnificent new production. The reimagined scenery and settings were created through inspiration found in Victor Hugo’s paintings. The result is an enthralling production that has left audiences mesmerized.

“There really is nothing quite like ‘Les Mis.’ It’s a magnificent, epic production, and tells a timeless story of redemption, love and tragedy set against the backdrop of revolutionary France. It’s an absolute must-see. It still gives me the chills and brings me to tears after all these years,” says Holt.

A lighthearted musical comedy, Jimmy Buffett’s “Escape to Margaritaville” features an array of beloved Jimmy Buffett classics, as well as original songs. Tony Award-winning director Christopher Ashley and Tony Award-nominee choreographer Kelly Divine create a dazzling and energetic experience that transports audiences to a carefree island paradise. Beloved Buffett classics like “Fins,” “Volcano” and “Cheeseburger in Paradise” are used to tell an original story about an island getaway and its inhabitants. A relatable cast of characters, such as a free-spirited bartender and a vacationing environmental scientist, challenge each other’s assumptions in unexpected ways while embracing all that island life has to offer. Audiences will delight in the adventures of the Midwestern characters on vacation as well as the island denizens living their best life on the beach.“Jimmy Buffett’s delightful new musical comedy is the perfect way to kick-start spring in the Queen City. It features songs you know and love, and is a great time for any Buffett fan. Some scenes even take place in Cincinnati,” Holt notes.

Based on the classic story of a lost Russian duchess, the new musical, “Anastasia,” takes us on a sweeping journey from the dawn of the Russian Empire to the glory of Paris in the 1920s, as a brave young woman seeks to discover the hidden mystery of her past. With the help of a dashing former aristocrat, she embarks on the adventure of a lifetime to help her find family, belonging and home.

“This production is gorgeous. Fans of the animated film and the legend of the Russian grand duchess will be enchanted by this beautiful new musical with a charming heroine. Everyone will be talking about this one, so get tickets early,” says Holt.

Audiences have been dazzled by the collection of gorgeous settings, breathtaking costumes and moving music. The surging score includes hit songs from the award-winning animated film, such as “Journey to the Past” and “Once Upon a December.” “Anastasia” is an inspiring musical that imparts audiences with a timeless message about discovering who you are in light of your past. This captivating story is sure to become a classic.

In October, “Jesus Christ Superstar” officially launched a 50th anniversary tour, kicking off in Austin, TX and stopping in over 30 cities.  Aaron LaVigne, of “Rent,” played the lead role of Jesus along with James Delisco Beeks as Judas, Jenna Rubaii as Jesus’ follower, Mary, and Alvin Crawford as Caiaphas. The iconic musical is considered a legendary musical experience that has rightfully earned a place in American theatre. The last weeks of Jesus’ life set the stage for the story of the life of Jesus, as told by Judas.

“Local audiences are in for a treat because the title role on this tour is played by Cincinnatian Aaron LaVigne. This electric new production of ‘Superstar’ promises to be an incredibly moving production, and filled with some incredible vocals and dance to bring alive the original rock album,” Holt says.

Andrew Lloyd Webber’s anthemic score is driven by America’s rock roots and includes songs such as “I Don’t Know How to Love Him,” “Gethsemane,” “Heaven on Their Minds,” and “Superstar.” The energetic performance is electric and mesmerizing. Audiences will experience all the thrills and excitement of a rock concert experience through this interpretation of the famous musical. The staging, costumes and choreography make room for creative expression from the cast, which has resulted in a dazzling, modern performance of a classic story.

For more information on each show, visit BroadwayInCincinnati.com. To purchase tickets, visit CincinnatiArts.org.

“Anastasia,” “Les Misérables,” “Jesus Christ Superstar” and “Escape to Margaritaville” are coming to Cincinnati in 2020. Tickets can be purchased at