You have permission to edit this article.
Edit
Inside The Mag
Social Scene
Venue Events
Edition
Comspark
Share This
1 of 5 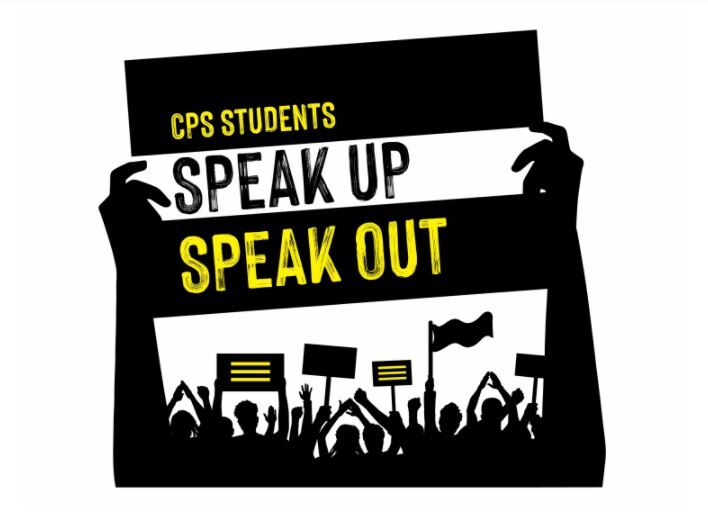 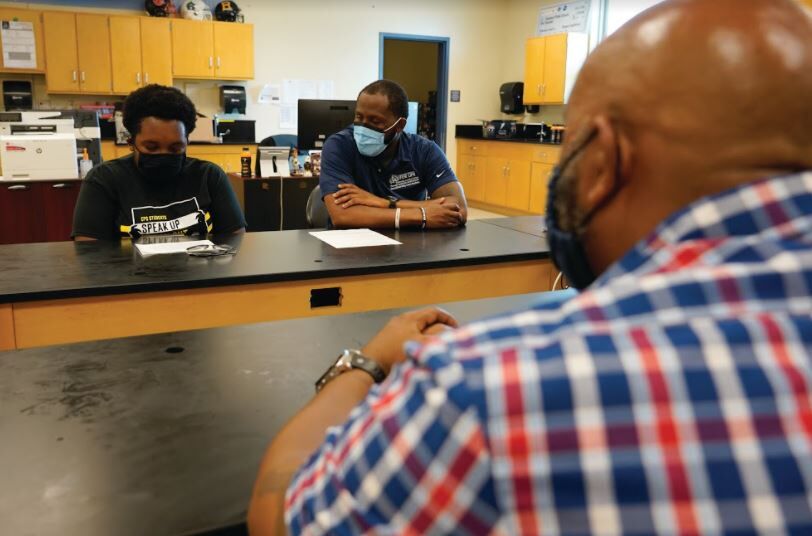 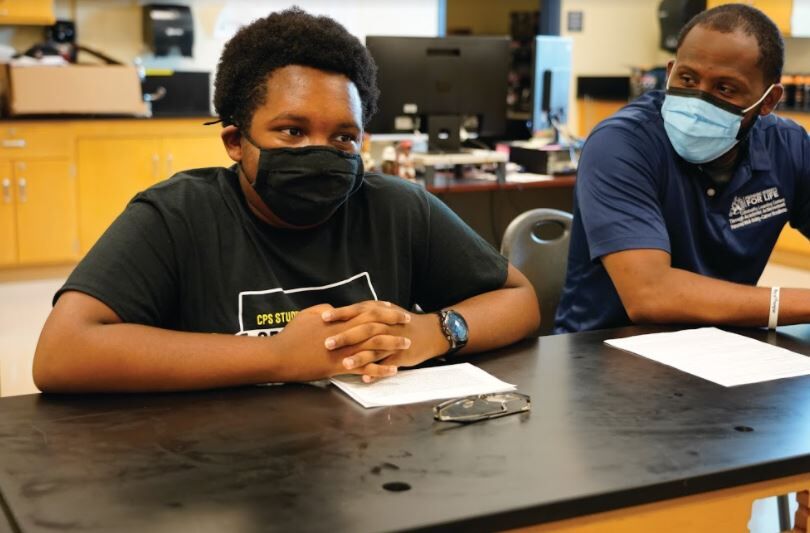 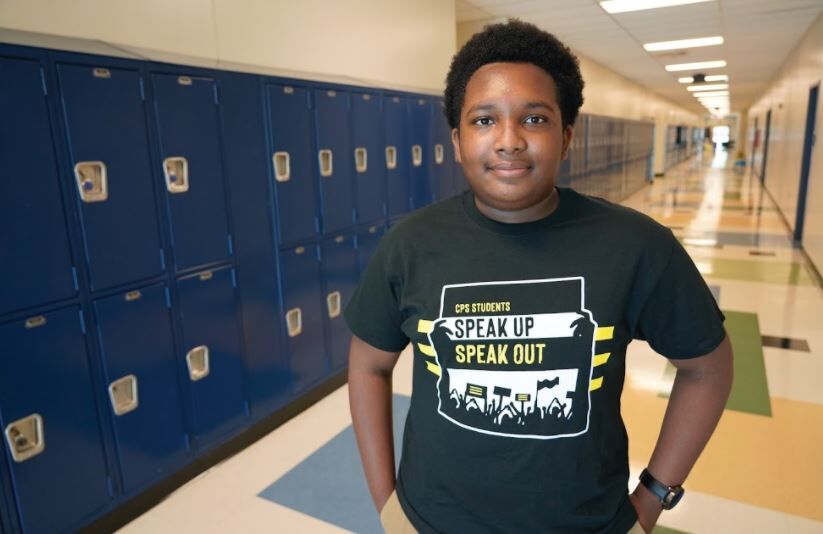 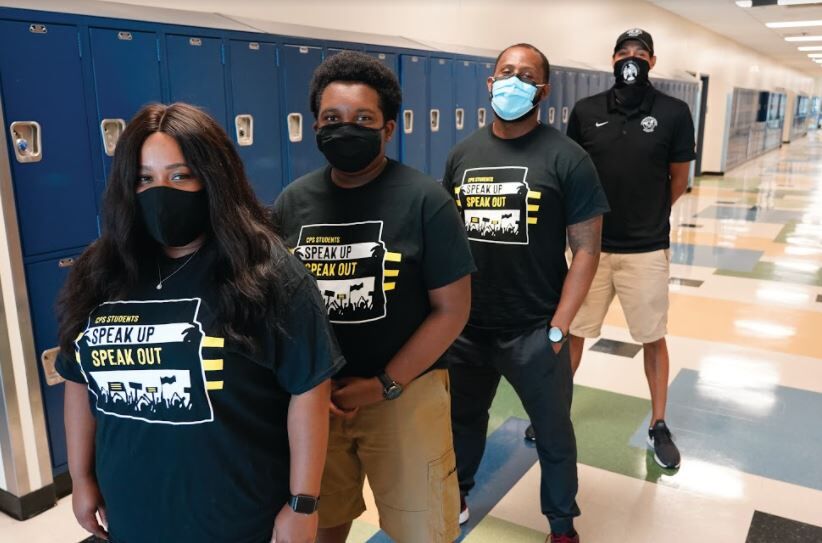 In June, when tensions ran high across the country following the death of George Floyd, Cincinnati Public Schools (CPS) Superintendent Laura Mitchell reached out to Josh Hardin, the district athletic manager for CPS.

“She said, ‘With everything going on around racial equity, social justice, police brutality, and protesting, what can we do to empower our students and let their voices be heard?’” recalls Hardin. They decided to host one-hour forums where students could ask questions of community leaders as well as share their thoughts and concerns.

In a matter of days, the pair created Speak Up and Speak Out, with six to eight students representing diversity among males and females from various schools in the district participating in online segments. Students get the first half hour to share their thoughts on various subjects. The second half of the hour is spent inviting city leaders to chime in on the topics and answer students’ questions.

“Ashley and William took the lead on securing the students through those organizations they have already set up,” says Hardin, who also nominated student athlete leaders to be part of the conversation.

Nia Baucke, director of communications at Cohear, a community engagement firm, facilitates the virtual discussions, which were initially weekly but are now monthly.

“Nia is instrumental in keeping the conversation going, engaging the kids in the right way and making the forums ultimately positive,” says Hardin.

During one of the sessions, Ke’Orland Harrison, a sophomore from Western Hills, said that what happened to George Floyd could happen to him, his father or anyone else.

“I know all cops aren’t bad, but you don’t really know what their intentions are when you get pulled over by a police officer,” he says.

The students formed an executive committee, and for their third forum they invited Cincinnati Chief of Police Eliot Isaac and CPS Deputy Superintendent Tianay Amat to join the conversation.

Amat said that she could relate to what the students were feeling.

“In this system, there are obstacles put up to put you in a box. That’s why I’m an educator today and the first to graduate from college, because of that first lesson from home that it is systemic,” says Amat.

“Things are purposefully put in your way as a female, as an African American. It’s up to you to be resilient, to work hard and to move forward.”

Isaac relates as well. A law enforcement veteran of 32 years, he initially chose to become a police officer due to negative experiences he had as a youth.”

“The reason I and so many of the people I work with got into this line of work is because we said, ‘When I’m a police officer, I’ll never treat anyone that way and I’ll never let any officer treat anyone that way.’ I see it happen all the time. I’ve seen it happen throughout my career. That’s the key,” says Isaac. “Everyone, wherever they are in their life, has to stand up and speak out when they see wrong being done.”

Isaac mentioned that everything the police force does revolves around building positive relationships in the community and beyond. That’s why they have adopted a number of programs that focus specifically on connecting with the youth of Cincinnati. For instance, they offer an ongoing cadet and explorer program. They also do a youth summit every year which attracts between 300-500 kids. Other programs run by the Cincinnati Police Department include the spring basketball program, the Queen City Swiss, and a partnership with the Bengals to present the Dive Right Youth Flag Football program, which addresses diversity and conflict resolution. In addition, they pay to send a youth to Camp Joy where 50 kids spend a week with officers, forging positive relationships.

Isaac admits that when the public sees something as terrible and as wrong as what happened to Floyd, they don’t necessarily want to hear about all the efforts police are making to engage with the youth in the community.

“When you see something as horrible as that was, [all] you want to hear is how something so horrible can never happen again. I understand that. It makes people angry. I’m angry, [too,]” says Isaac. That’s why he’s happy that today’s youth want to engage rather than remain silent.

“When I was younger, kids were to be seen and not heard,” he says. “That’s no longer the case.”

Though these forums have, at times, created emotional conversations, all participants have remained positive and constructive. For instance, students asked tough questions about some of the arrests that were made during the protests.

“We told the kids to be open and honest and to ask questions they are feeling and thinking,” says Hardin. “It was good to see that dialogue happen. To make change and have a true impact, it has to be that way.”

Students asked how the police chief felt as an African American male in the city, what plans the police have in mind for changing what is happening across the country now regarding race relations, and what kind of engagement the police have planned for student relationships moving forward.

The three major areas students wanted to address were improving student and police relations, updating curriculum regarding African American history, and encouraging greater civic engagement in the hopes that the African American community will vote in November.

The CPS board met in July to write up an antiracism policy for the district. This group of students was invited to review the verbiage and provide feedback on the policy.

Hardin points out that when it comes to social justice in our society, change has been slow and nebulous.

“It’s a roller coaster. Somebody is murdered, we protest, it goes away. Then someone else gets murdered and we protest again,” says

Hardin. “What we are seeing from the kids is putting the foot on the pedal and not letting up. So, when they speak up and speak out, more people are listening.”

Students are grateful to have this opportunity; Hardin and the other adults are thrilled to provide it.

“Our whole point behind doing this was to give them a voice,” says Hardin. “There is no sugarcoating or holding back with this conversation.”

Keshawn Townsend, a senior from Aiken High School, says that we are in an era where change is inevitable, but he would like to see a collective and concerted effort by everyone, including law enforcement, teachers and administrators, to finally stand their ground against a government that is depressing an entire race of people.

“I don’t like the word ‘race’ because we are all from one race — the human race,” says Townsend. “I just want everyone to stand against the government, and let’s make official change instead of having these microscopic changes, and we can all officially come together.”

Hardin welcomes such feedback because these students are our future.

“They have different minds than we do as adult leaders and administrators,” says Hardin. “They know that lasting change is going to come when our students are empowered to collaborate with one another and get organized around this topic.”

Rachel Scales, a senior at Riverview East, says it has meant so much to her to be a part of Speak Up and Speak Out.

“My voice is being heard for the good to help make a change,” she says.

Malikah Coleman, a senior at Western Hills, adds that contributing to the forums has made her feel involved, working to alleviate the injustices in her community and in the world.

“I hope that Speak Up and Speak Out will encourage others to stand up for a change,” says Coleman.

Take Your Dental Hygiene Routine to a New Level

DIY projects that will have you falling for outdoor living