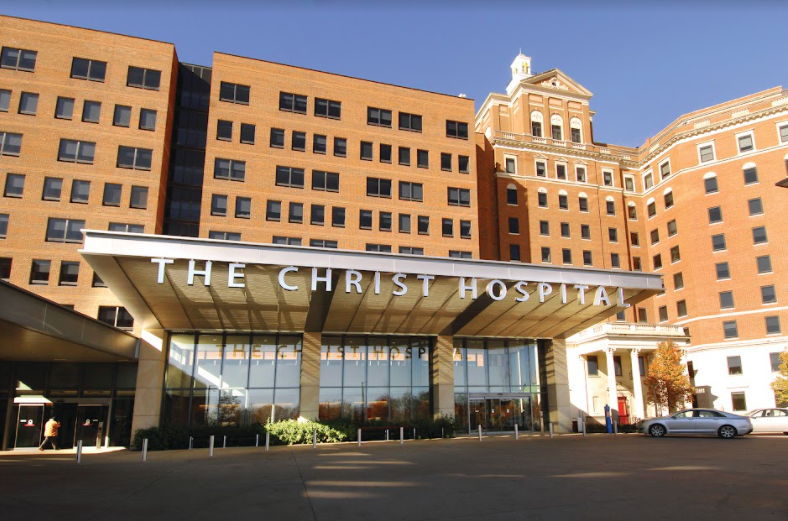 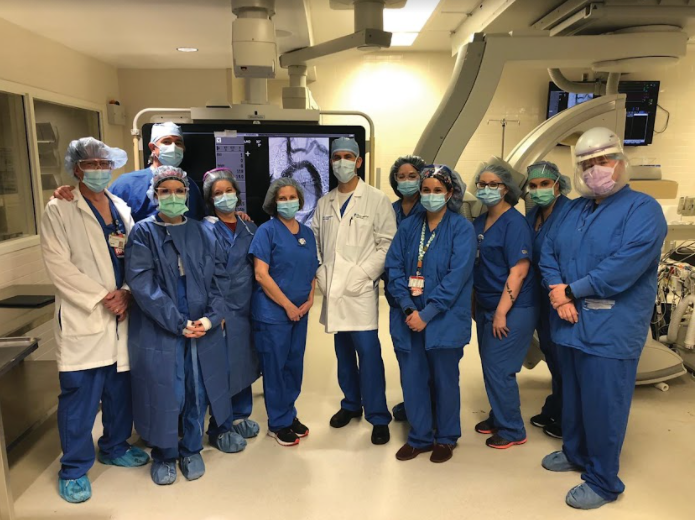 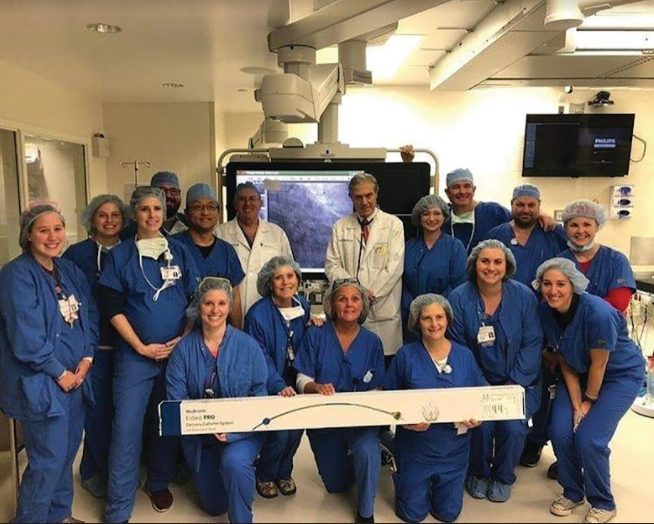 Drs. Dean Kereiakes, Joseph Choo, Ian Sarembock, Geoffrey Answini, along with structural heart team, celebrating its 10th anniversary of performing the first transcatheter aortic valve replacement (TAVR). The team has performed more than 1,200 of these procedures, more than any other team in the region. 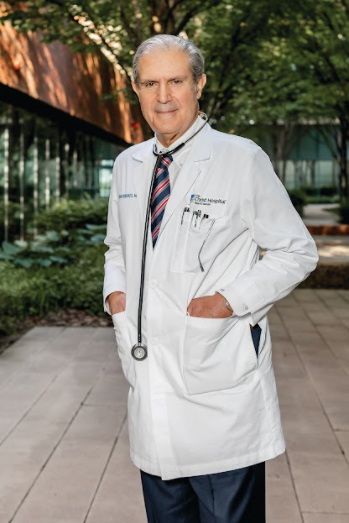 Drs. Dean Kereiakes, Joseph Choo, Ian Sarembock, Geoffrey Answini, along with structural heart team, celebrating its 10th anniversary of performing the first transcatheter aortic valve replacement (TAVR). The team has performed more than 1,200 of these procedures, more than any other team in the region.

Throughout his lifetime, internationally renowned cardiovascular leader Dean J. Kereiakes, MD, FACC, FSCAI, has remained steadfast in his commitment to providing leading-edge cardio- vascular care for patients in Cincinnati and beyond.

“The reason I was attracted to the heart and why I went into cardio- vascular medicine, in particular, was because I viewed the heart as the center of the being,” says Dr. Kereiakes. “I wanted the challenge and responsibility of life and death. I know to some that may sound odd, but to me, that was the level of commitment and responsibility that I wanted to have.”

He originally planned to become a cardiac surgeon because of his admiration for top cardiac surgeons at the time like Dr. Denton Cooley, who performed the first implantation of a total artificial heart. Dr. Kereiakes watched some of these “firsts” occur—like when he was a senior medical resident at the Massachusetts General Hospital and observed the first intracoronary streptokinase (or clot-busting enzyme) to treat a heart attack. In San Francisco, he also watched Dr. Richard Myler perform the first coronary artery balloon angioplasty in the U.S. “I saw these things and it was clear to me that I could maintain the patient contact of the medical doctor but also have the ability to intervene and do something semi-surgical as an interventional cardiologist,” says Dr. Kereiakes.

In 1994, he got to talking with other physicians while attending the annual American College of Cardiology convention. They discussed the notion of providing state-of-the-art cardiovascular care to patients in Cincinnati by assembling experts in different areas who could offer subspecialty care. Doing so would enable each cardiologist to focus on specific areas of expertise within cardiology such as heart failure, electrophysiology, coronary intervention, imaging, etc. Physicians would not have to dabble in multiple areas but rather focus on one subspecialty group to become a true expert in that area.

Dr. Kereiakes and Dr. John Schneider, from separate cardiology groups, mapped out a blueprint for this innovative concept of care. After presenting the idea to Dr. Charles Abbottsmith, Chief of Cardiology at The Christ Hospital, they presented it to other cardiology groups. They recognized that merging multiple competing cardiology groups from the region to create one group large enough to support intra-group sub- specialty referrals would mean that their level of expertise could rival or exceed that available at centers like the Cleveland Clinic or Mayo Clinic.

The doctors’ novel vision came to fruition in October 1995 and Ohio Heart was born. Though they started with 17 cardiologists, over time that number grew to over 42 cardiologists, cardiovascular surgeons, advanced practice providers and nurses.

For more information, visit TheChristHospital.com/heart. To schedule an appointment with one of the hospital’s heart specialists, call 513.206.1180.