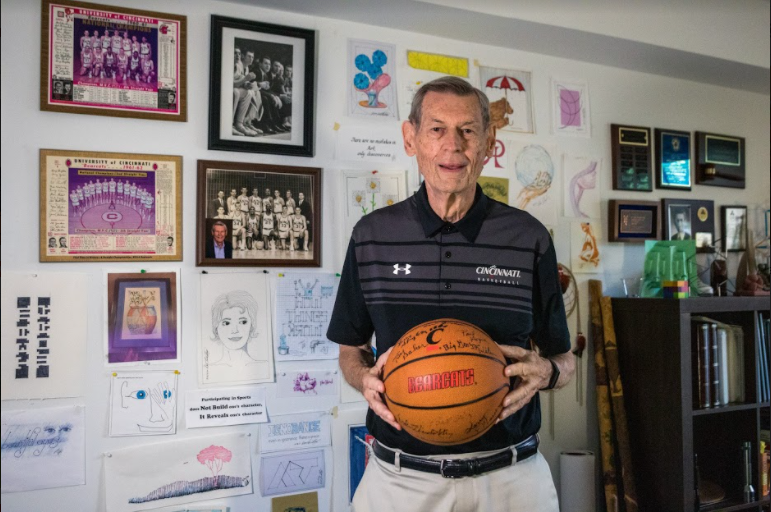 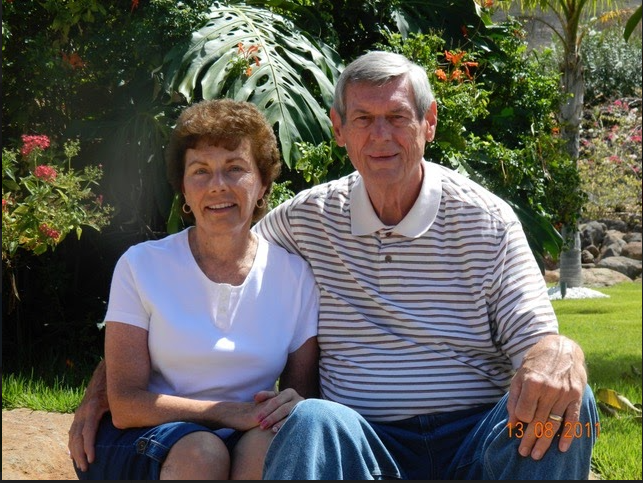 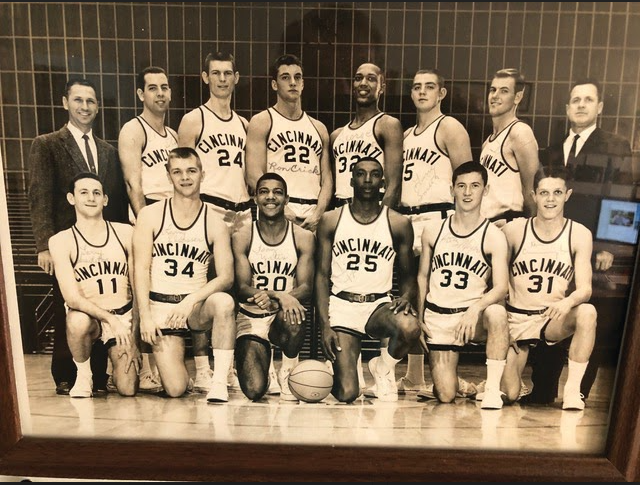 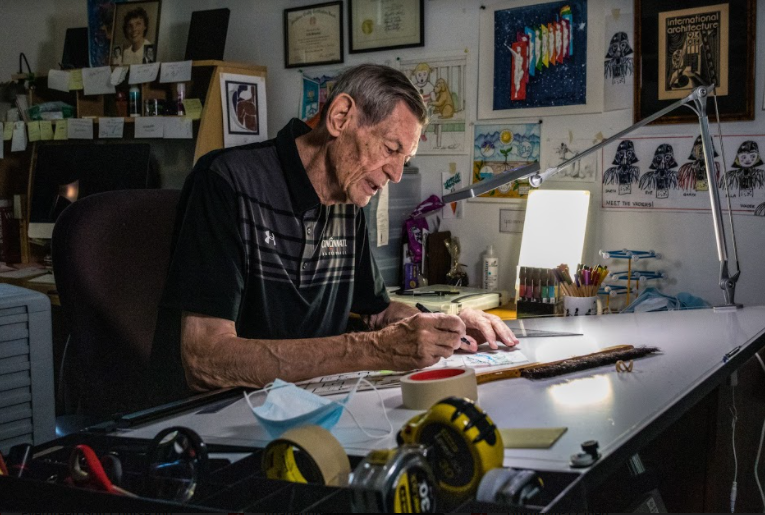 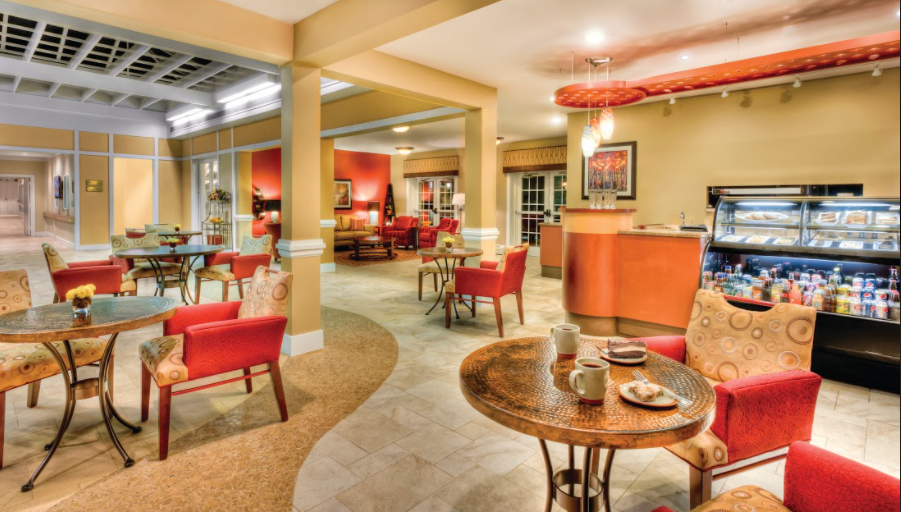 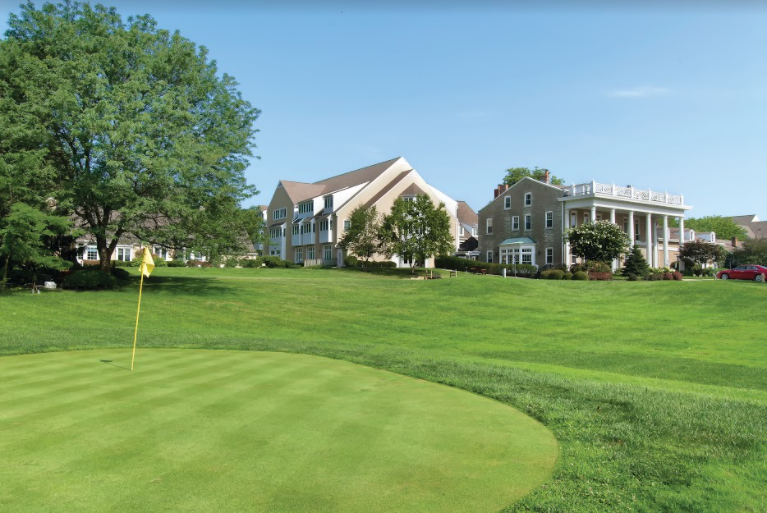 Everyone at Evergreen Retirement Community knows Dale Heidotting. For one thing, you see him coming. Standing 6-foot 8-inches tall, Heidotting is a former University of Cincinnati (UC) basketball player who played on two NCAA championship teams in 1961 and 1962. (He later was inducted into the Winton Woods High School Athletic Hall of Fame, the State of Ohio Basketball Hall of Fame, and the Greenhills High School Hall of Fame.)

During college, when Heidotting was just 19, he and his girlfriend, Sue, got married. He calls Sue the most beautiful thing he’s ever seen.

“Hey, you’ve got to add a little spice to life!” Heidotting says with a chuckle.

Following graduation, Heidotting earned his architecture license and became a registered architect in 1968. In 1980, he became a partner in the firm SHP Leading Design while Sue, a nurse, was the director of quality for two local hospitals.

“That’s when things really started to blossom for us, career- wise,” says Heidotting. The pair went on to have three children, six grandchildren and two step-grandkids.

In 2016, Sue was diagnosed with moderate Alzheimer’s. Heidotting initially served as her caretaker, but over time it became clear that it was best to sell their house and scale down. After touring four different facilities in Cincinnati, Evergreen, with its country-club feel, was the clear frontrunner. Plus, they had an excellent Memory Care unit to which Sue would eventually transition.

“It’s just an awesome place,” says Heidotting. “The professionals know what they’re doing and if something were to happen to me, Sue would be taken care of.”

The couple moved to independent living at Evergreen in May 2018. Fifteen months later, Sue moved into Memory Care. Heidotting admits that it took some getting used to.

“The first night I cried, thinking, ‘What did I do to that girl?’” he recalls. “I never felt so bad in my life.”

But those worries were quickly erased as he saw firsthand that the love of his life was in great hands at Evergreen. Today, though Sue struggles to communicate, she still knows who he is.

“One day I said, ‘You know I love you, don’t you? says Heidotting. She didn’t say anything. Then he added, “Do you love me?”

Sue replied, “I’ll have to think about it,” which is what she used to say all the time before she got Alzheimer’s. “She blew my mind but made my day.”

Life was good until the pandemic hit and Heidotting was no longer able to physically visit with his spouse of 59 years.

Heidotting, who knows the name of every one of Evergreen’s 300 residents, recently engaged in training so that he can become a caregiver support group facilitator. Eager to help others feel less alone during their journey, he says, “I’ve been through it. I know how they feel.”

Heidotting has an intense appreciation for music and art. In fact, he created a piece of artwork to hang in the Memory Care unit at Evergreen.

“It represents my view of people diagnosed with Alzheimer’s disease and is dedicated to those who have the patience, understanding and fortitude to care for them,” says Heidotting. “The work caregivers do is as important to the families of the patients as it is for the patients themselves.”