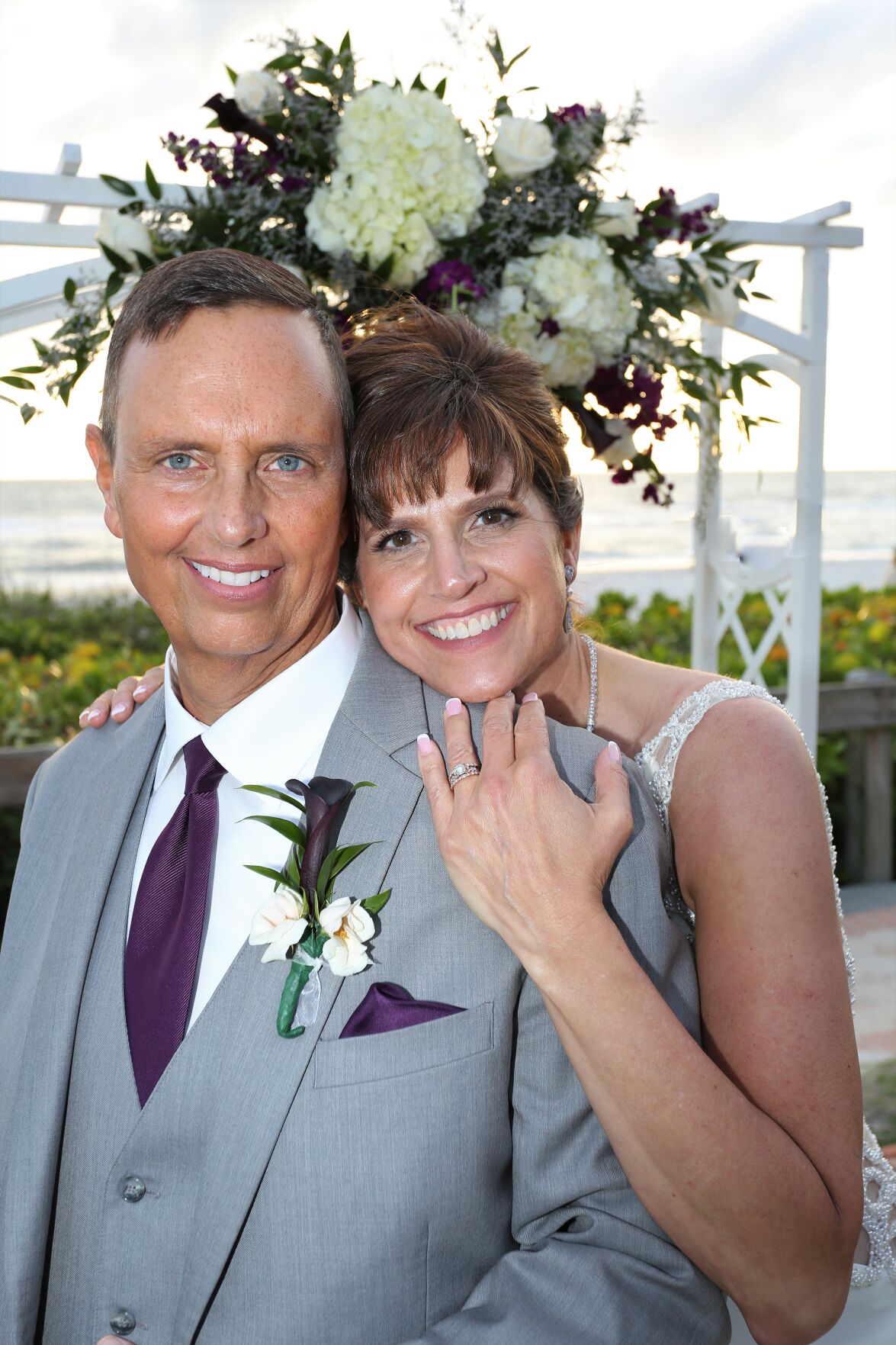 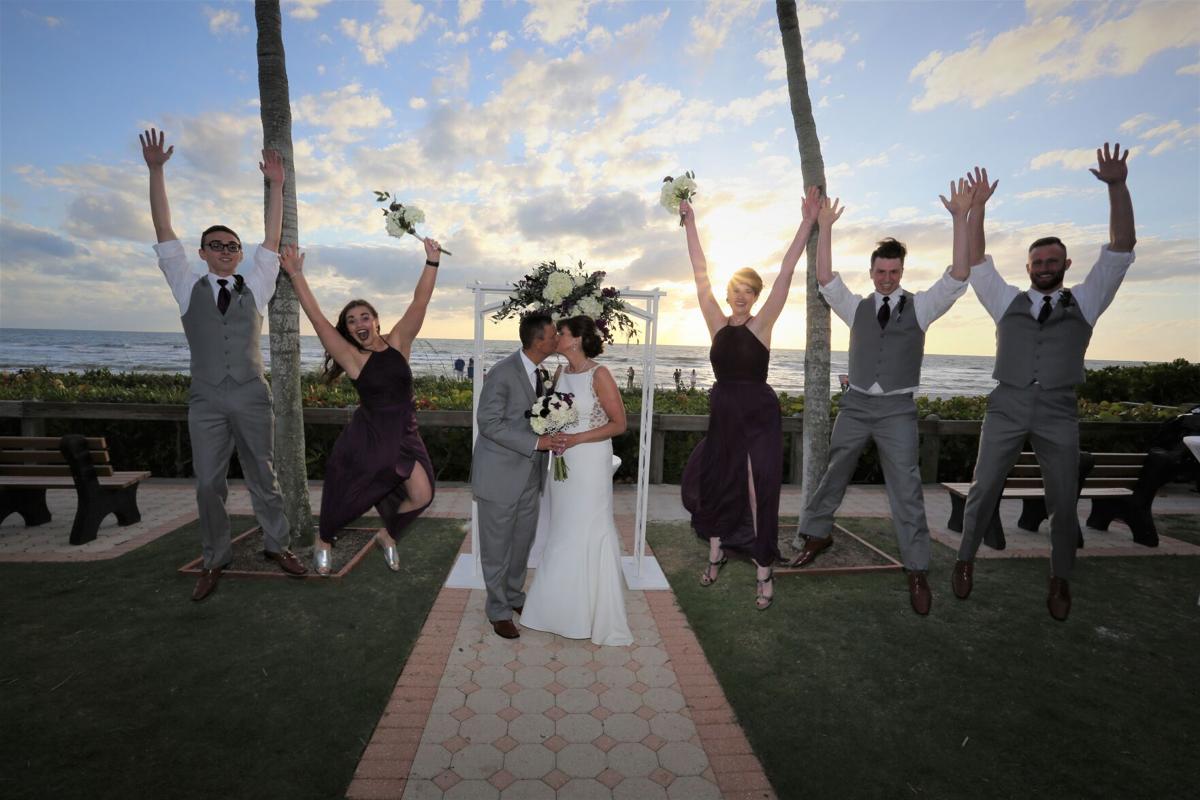 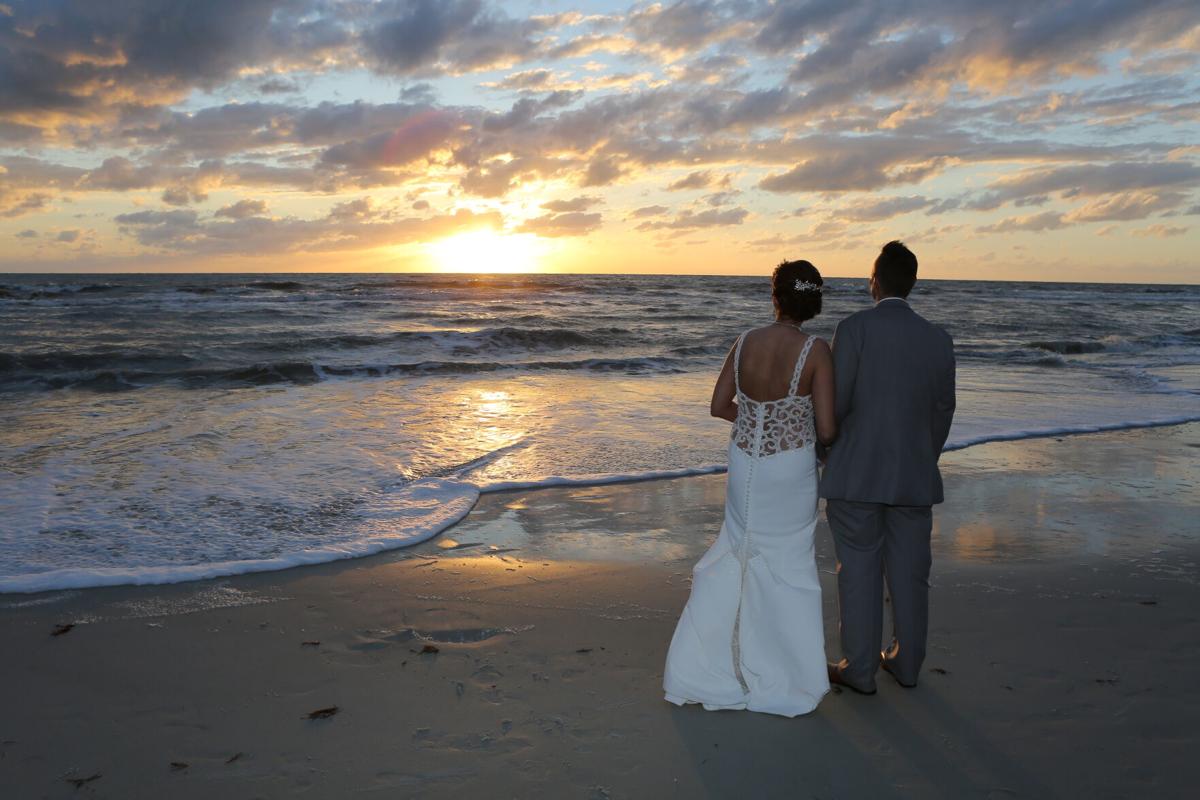 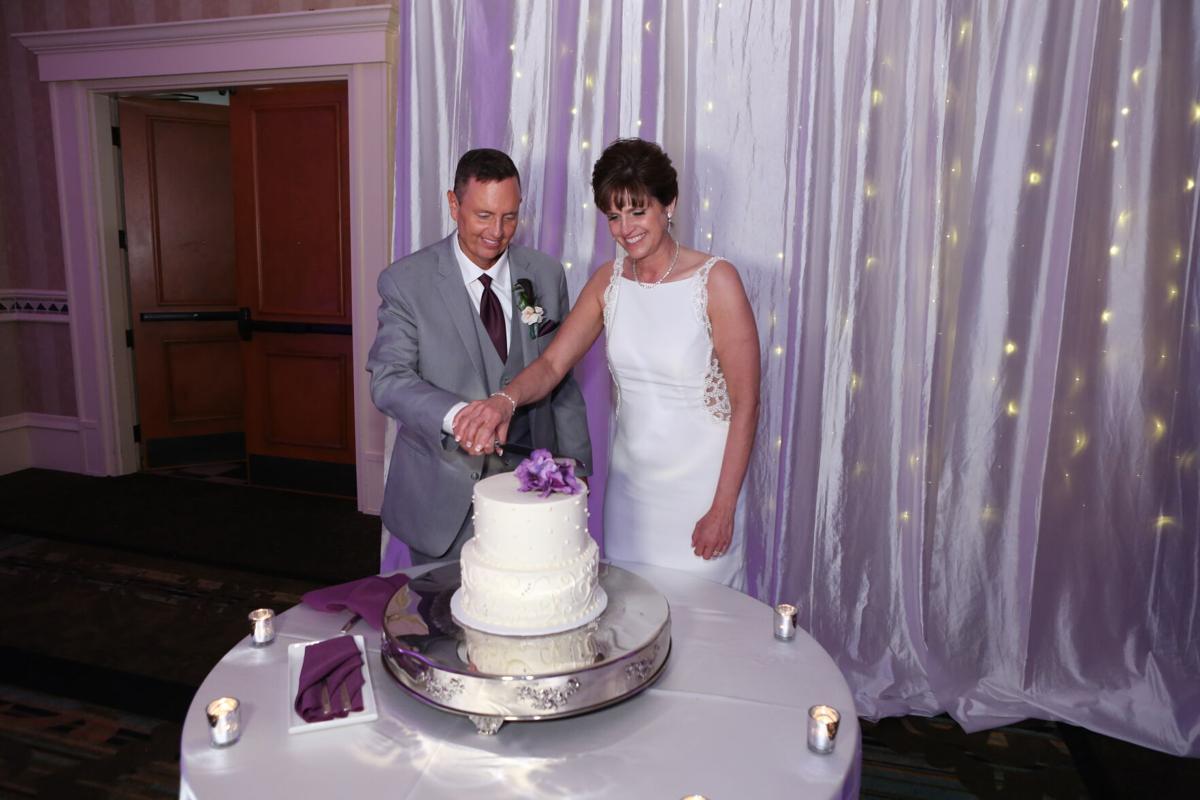 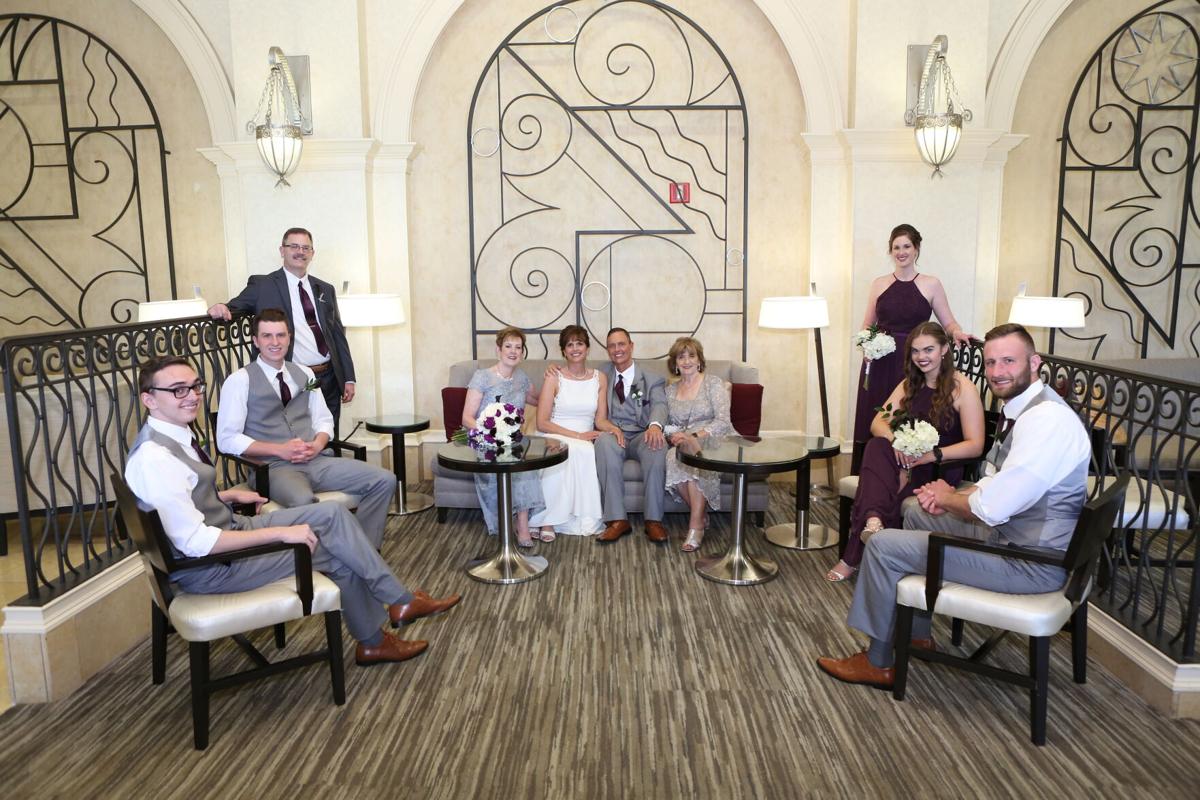 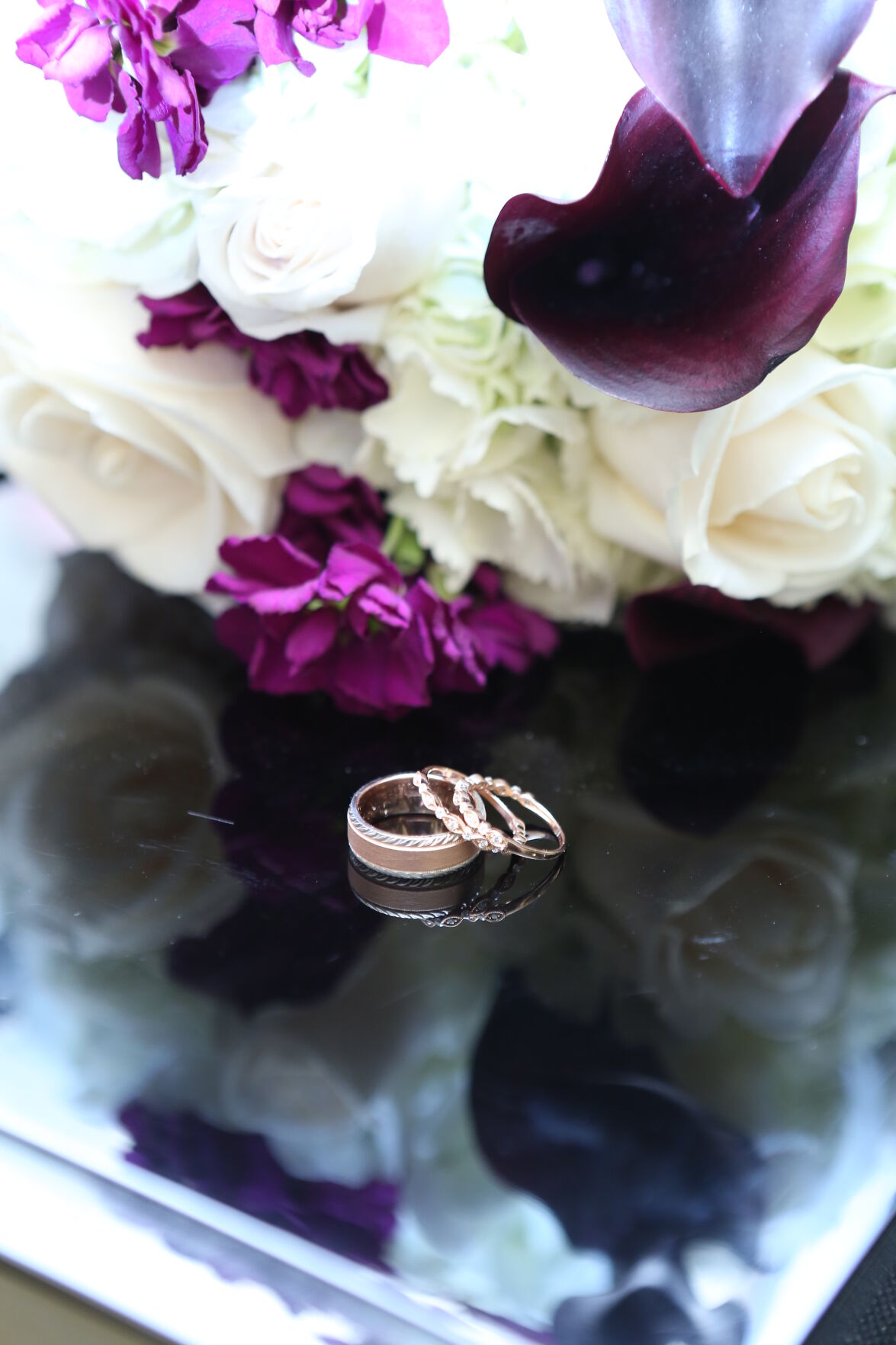 Diane and Steve Plymire first met while on a double date with mutual friends. Despite dating others, they ultimately gravitated toward each other.

“Steve was so engaging, and he is strong in his faith. That very much  attracted me to him,” says Diane. “I felt a connection to him.” His deep blue eyes and bright smile also didn’t hurt.

“He just has a beautiful soul,” she says.

Steve describes his bride as the most loving, caring, compassionate person he’s ever met. That, along with her strong family ties, instantly drew her to him.

“There was just a spark there,” says Steve, president of Cincinnati  Precision Instruments Inc. That spark grew over time and the pair,  who each had been married previously, hoped to have another chance  at love. Steve had two children (Sarah and Shane) and Diane had three  (Sarah, Michael and Jacob). The couple was thrilled to see that not  only did all of their grown children get along, but their mothers also  became fast friends. So, when the time came for Steve to propose, he  asked Diane’s mom for her blessing, as well as her children’s.

“That was important because the whole goal is to not have two  separate families but one cohesive unit,” says Steve, who describes their  situation as a “blended and blessed family.”

The pair began planning a destination wedding in Naples, Florida, and selected a date based on what would work with their offspring’s busy schedules. Ultimately, they settled on April 20, 2019, which held extra significance — two years prior, both Steve’s and Diane’s fathers had passed away within three days of each other in April.

Though the couple knew they wanted a beach wedding, planning  the ceremony was trickier than it sounds. Diane sought to strike a  casual yet elegant vibe in terms of guest attire. Also, though they wanted to be near sand, they didn’t want the ceremony to be held on the  beach because that could be difficult terrain for their mothers to walk.  Ultimately, they found the perfect spot:

Eighth Avenue South in Naples, which offers grass and a brick  sidewalk down the middle with palm trees on either side of the aisle,  with a beach backdrop. Violinists performed as Diane, holding purple  and white irises, walked toward her groom. Her brother, Brad Ketterer, walked her down the aisle. Teresa Stiens, Diane’s best friend from  high school, gave the readings, and the minister delivered a beautiful  message describing agape love — selfless, sacrificial, unconditional  love. Following the 6:45 p.m. ceremony, the 40 guests bussed back to  the hotel while the bride, groom and wedding party snapped sunset  pictures on the beach.

The reception then moved indoors where the pair delighted in  watching their children celebrating on the dance floor. The same  was true of their moms, who viewed the day as a turning point in  their grief.

“They had both been married nearly 60 years to our fathers,” says Diane.  “It was great to see them smiling and joyful on our wedding day.”

The day was filled with many tender moments, including when  Diane’s son, Jacob, came into the hotel room just before the ceremony  and got a first glimpse of his beaming mother.

“As soon as he saw me, he hugged me and started to cry,” says Diane, choking up with emotion. “That was so special.”

The couple, who lives in West Chester, daily embraces gratitude for their faith, friends, and family.

“We keep pinching ourselves,” says Diane of their wedding day. “We couldn’t have asked for anything better.”

Maid of Honor: (Daughter of the Bride) Sarah Ashley Plunkett

Groomsmen: (Sons of the Bride), Michael and Jacob Plunkett

Officiant: Russ Winn from The Springs of Bonita Church

Accompanying Diane down the aisle: (Brother of the Bride) Brad Ketterer

DJ: A DJ with Class (Naples)