You have permission to edit this article.
Edit
About
Videos
Topics
Events
Share This
1 of 3 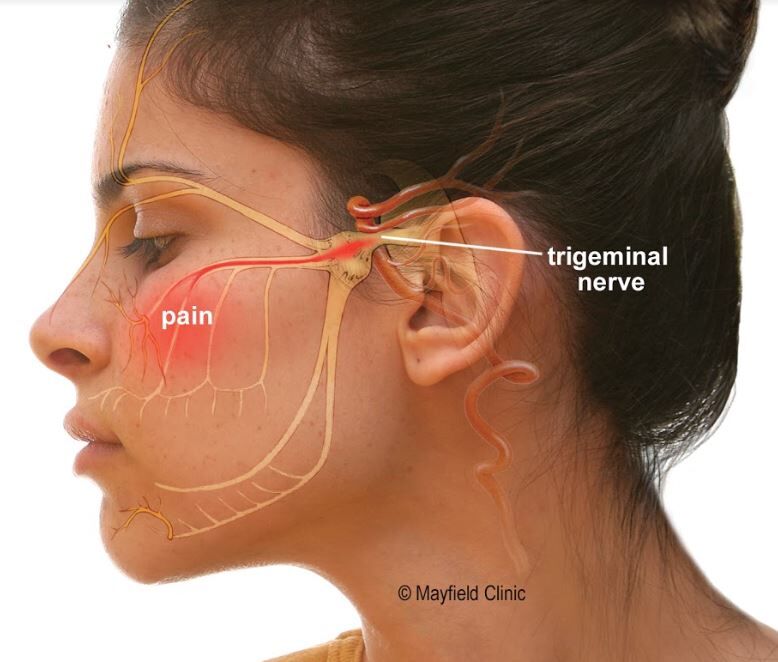 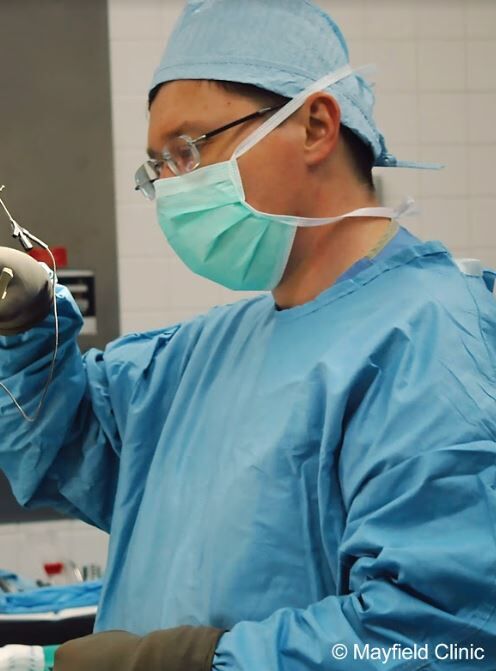 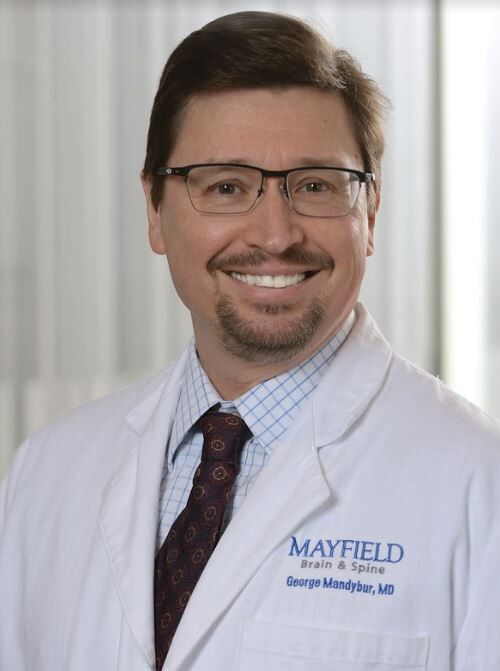 “Trigeminal neuralgia is often called the suicide disorder because of the intense and sudden pain it causes,” says Dr. George Mandybur, a Mayfield neurosurgeon who treated the 55-year-old man, “It’s an unrelenting pain in the face that’s often exacerbated by often moving the jaw or cheek when eating, talking, brushing your teeth, or even just touching your face.”

Five surgeons at Mayfield Brain & Spine offer the full spectrum of treatment for patients with trigeminal neuralgia, which may include medications, injections or surgery. Though typically the first line of treatment is medication, it depends on the patient’s condition and pain level.

“We don’t want the patient to suffer for a long period of time because research shows that the longer you have to deal with pain, the harder it is to get rid of — kind of like a bad habit,” says Mandybur.

“We don’t want to stretch it out to the last possible moment, but rather put it out as fast as possible.”

Surgeons can offer patients a rhizotomy (PSR) (also called the “hot needle”) in which they insert a needle through the cheek into the base of the skull into the ganglion of the trigeminal nerve. Radiofrequency waves are used to generate heat at the tip, which partially coagulates the tissues.

“We basically cook the nerve a little bit,” explains Mandybur. Though this treatment is usually effective, it can be short-lived. Gamma Knife radiosurgery is another possible procedure that is easy and relatively low-risk. It’s a special machine that beams focused radiation (think “The Incredible Hulk”) precisely onto the nerve that’s no more than four to five millimeters in diameter.

“A sick 90-year-old with all types of medical problems could undergo that procedure,” he notes.

Finally, surgeons can do microvascular decompression (MVD) surgery, which relieves abnormal compression of the trigeminal nerve by opening the skull and inserting a sponge between the nerve and the artery that is causing the pain.

“The MVD has the best long-term effect, but it’s brain surgery so it scares some people,” says Mandybur. “That’s why we have a toolbox with all kinds of treatment options, depending on your needs.”

Patients should notice relief with medications within a few days to a week. The needle procedure, as well as the MVD, should be immediate to within a day or two. The Gamma Knife, on the other hand, takes four to eight weeks to see the effect.

Though the disease isn’t that common (Mandybur estimates 10- 15 patients per 100,000 population), their group sees roughly 100 cases of trigeminal neuralgia each year.

“We’ve had patients travel from as far away as Puerto Rico, Florida and Texas,"says Mandybur. “They come to Mayfield Brain & Spine to receive the very best treatment.”

Mayfield Brain & Spine has four locations throughout Greater Cincinnati and Northern Kentucky. For more information or an appointment, call 513.221.1100 or visit ww