You have permission to edit this article.
Edit
About
Videos
Ambassadors
Editorial
Community
Topics
Case Studies
Events
Nominations & Lists
Careers
Share This
1 of 2 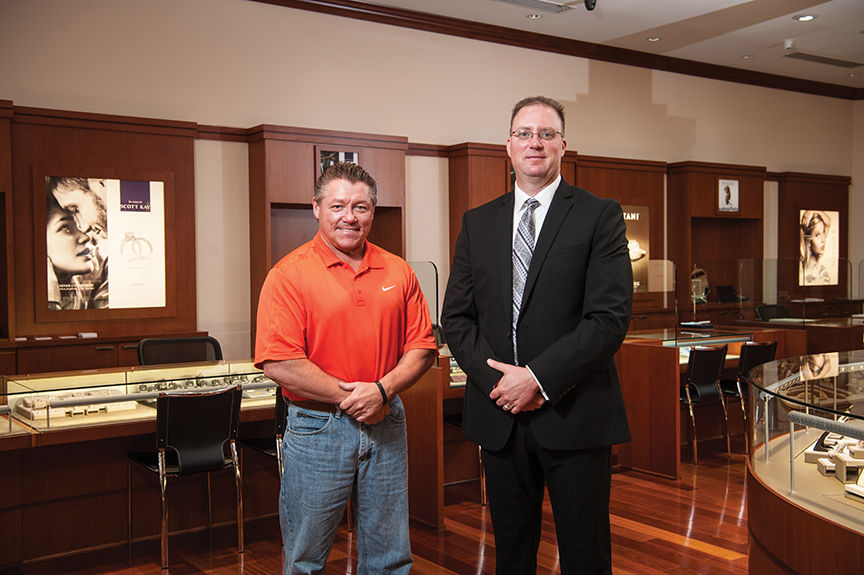 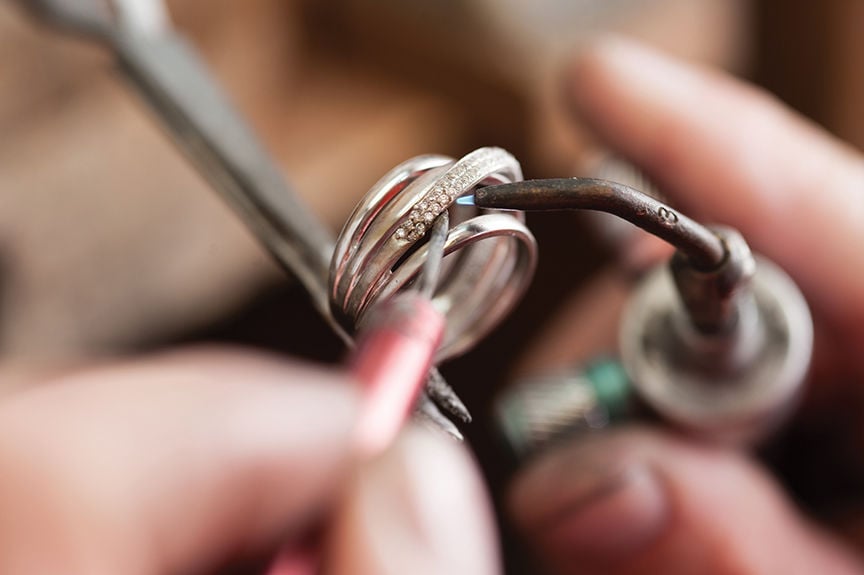 Robert Woodson has helped couples through the process of selecting an engagement ring for more than three decades, but he has yet to lose his enthusiasm.

“We want every couple to know that coming to Stafford was the best decision they could have made to find the ring of their dreams,” says Woodson, the store manager at Stafford Jewelers. “It’s not just about the sale. We actually love being a part of such an important tradition.”

Stafford’s focus on providing a no-rush, no-pressure experience leaves such a positive impact on customers that Woodson says he routinely gets proposal pictures. “When I get those pictures of people proposing in a park or somewhere special to them, it really hits home on how important this moment is to people,” he says. “It’s a memory that can last generations.”

Some aspects of the engagement ring process have changed over the past 30 years. Woodson says more couples come in together these days to select the ring. Often, a prospective bride will come armed with pictures of ring ideas she’s printed from the internet. Woodson says the influence of social media sites like Pinterest and Instagram makes things simpler in some ways, but more challenging in others.

“Many people don’t realize that a lot of the labels out there that have been assigned to different cuts and styles are really just marketing,” he says. “We don’t get into that so much here – a diamond is a diamond, and we want people to leave feeling educated and delighted by their choice.”

About those internet picture wish lists – what happens when a customer comes in with a picture that just doesn’t line up with a store’s current stock? Not to worry. Stafford Jewelers is one of only a handful of local jewelers with its own in-house jeweler (or “goldsmith” in some circles). Ronnie Teegarden has been repairing and crafting custom jewelry for more than 30 years, mostly for the Stafford family.

Teegarden says he often consults with couples to put together a special ring that can’t be found in stock at Stafford, or often, anywhere. “If they have the idea, I can usually make it happen. We do a huge range of work here, from simple settings to the really big design projects.”

In addition to crafting custom rings from scratch, Teegarden says he also spends much of his time restoring rings that have been damaged and repairing intricate watches, often putting the company’s state-of-the-art laser welding machine to use.  One advantage of being able to offer in-house repair work is related to the lifetime warranties that come with every engagement ring sold at Stafford.

“When we say our warranties are for a lifetime, we mean ‘lifetime,’ period,” says Woodson. “Lifetime replacement, cleaning, polishing, retipping, repairing prongs, you name it.

“We are always thinking about how we can go beyond the sale. We want our customers to keep coming back, and to keep bringing the next generation of customers to us, and we do whatever it takes to make that happen.”

Stafford Jewelers is located in the Kenwood Towne Centre and at Fifth and Race streets, downtown. For more information, call 513.891.5200 or visit staffordjewelers.com.

The 12 Characteristics of a Mature Data & Analytics Maturity Model